Skip to content
Facebook Instagram LinkedIn Twitter
Indian-origin cop in short-list to be Scotland Yard chief :LONDON: Neil Basu, an Indian-origin British police officer, is widely believed in political and media circles to be in a short-list of candidates who could become the next London Metropolitan Police Commissioner or chief of the hallowed Scotland Yard. But his plain-speaking in the past may have rubbed decision-makers Prime Minister Boris Johnson and home secretary Priti Patel the wrong way.
The post of police commissioner of the British capital became vacant on Thursday after the incumbent Cressida Dick, the first woman to occupy the position, resigned after London mayor Sadiq Khan lost confidence in her.
Son of an Indian doctor father from Kolkata and Welsh mother, Anil Kanti ‘Neil’ Basu, 53, assistant commissioner rank, has been a rising star at the Yard, a highly rated officer, for some time.
An economics graduate from Nottingham University, he joined the Met Police in 1992 and was head of counter-terrorism and specialist operations, before becoming director of the College of Policing.
The widely read Mail on Sunday in a profile of him said he is “well-liked within the force and by intelligence officials at MI5 (Britain’s internal intelligence gathering body)”.
The Guardian wrote: “He is widely seen as capable, and is mostly well thought of.’ If appointed, he will be the first ethnic minority person to become London’s police commissioner, one of the most coveted jobs in policing in the world.”
But the paper said he may not be in Johnson’s good books after he told this publication as counter-terrorism chief in an August 2019 interview that a no-deal Brexit would mean Britain’s safety and security would suffer.
At that point there was considerable danger of the UK crashing out of the European Union (EU) without an agreement, which it later avoided, but not without a frictionless relationship.
Basu had warned key crime-fighting tools developed in the EU, such as biometric sharing, would be lost.
According to The Times, Basu last year also clashed with Patel after he urged the home office in Britain to introduce positive discrimination to make the police more diverse.
He said equality laws in the UK may need to be changed if police forces are to boost ethnic minority recruits.
On paper, the home secretary and London mayor choose by consensus the city’s police commissioner.
In practice, Patel is unlikely to take a decision without consulting Johnson.
Ed Davey, leader of the Liberal Democrats, has called on Johnson to “publicly recuse” himself from selecting Dick’s successor, because the Prime Minister is being investigated by the force for allegedly violating Covid-19 lockdown laws by hosting or attending barred social gatherings.  Indian-origin cop in short-list to be Scotland Yard chief 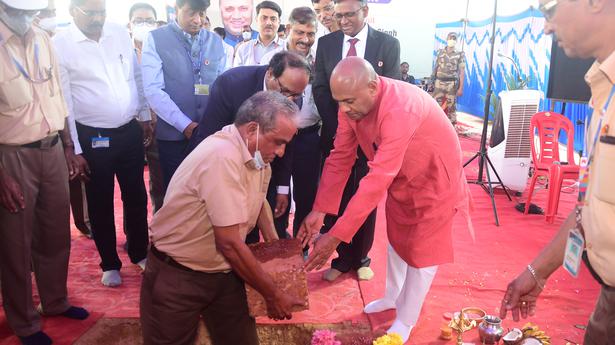